Everything has its prime time in this world. So does our new gadgets as well. But as time passes, they become old along with their firmware. Manufacturers release patches often to keep systems running smoothly. However, such updates would be useless if you fail to install them.

Usually, people do this because they believe that the newer updates will make the mobile slow. That is because the hardware of the handheld device cannot be upgraded. But this is only a myth since the developers know what they are doing with the constant patches and the devices which will be the most suited for them.

Gadget upgrades solve a variety of issues, but security may be their most significant application. When accidents happen, they mostly strike hardware that is running old software. To avoid this, vendors can release critical updates daily to secure the laptop, tablet, and other devices from the new attacks.

Bugs and consistency problems are also addressed in the updates. If your device’s battery life is low, it won’t attach to Wi-Fi properly, or it keeps showing odd characters on the screen, a software update can help in this regard.

Updates will sometimes add new functionality to your computers. This kind of big update will boost your gadget’s connectivity with modern gear and programs in addition to offering it all the newest bells and whistles. These new features can be useful in the long term as well. It can make things that you do on your gadget much easier and quicker.

Fortunately, developers recognize the value of downloading upgrades and making the process easy. While it can be inconvenient to disturb your job, it is worthwhile to search for and update the most recent apps.

Still, if people are having trouble with the updating process, there is no need to panic. We will get you through it!

If you have a mobile, you’ve already seen a lot of notifications telling you to upgrade it. Apple launches a new version of iOS every year, giving iPhones cool new features, and Google upgrades Android regularly as well. Although the newest version may take a while to hit your smartphone unless you have a Pixel phone.

Many of us put off downloading these upgrades because they need our phones to reset. Then we completely forget about them. If you have a habit of ignoring upgrade requests, you will see if you’ve skipped a critical fix.

Go to Settings > System > Advanced or Updates > System update on Android. A notice should appear stating that the machine is up to date. If you want to make sure, click the update button again. 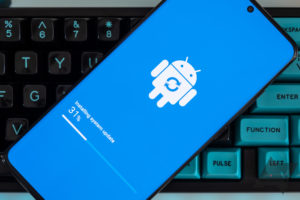 In the case of Apple devices such as iPhones and iPads, go to Settings > General > Software Update to see if there are any new changes. You can tap Download and Install if a new version of iOS or iPadOS is open. Otherwise, a note will appear stating that it is up to date.

Updates for Windows, macOS, and Chrome OS will add a variety of new features to your screen. The most recent macOS Big Sur update, for example, lets Apple’s machines sound more like iPads. However, because of this, these upgrades can be very large, making them take longer to load. All of us ignore download prompts, even though the operation could happen automatically.

Thus, it is important to manually check for updates if you have missed one. Updating your laptops is easier than mobile devices. Either you are using a Windows OS or Mac OS, there is a separate option for software updates available in which you can check and update the system if there are any.

Therefore, remember to update your system to enhance their security as well as enjoy new features!

How Technology And Fashion Come Together

May 11, 2020 admin Culture, Entertainment, General, Tech Comments Off on How Technology And Fashion Come Together

What to expect from Apple in 2020 and beyond

January 13, 2020 admin General, Science, Tech Comments Off on What to expect from Apple in 2020 and beyond