Recently, Google gave us a first peek at Android 12, its forthcoming smartphone operating system. The final release date is still a little far, possibly months or perhaps longer, depending on when different phone makers opt to upgrade to the next version. However, here’s a sneak peek at some of the new features on the way. If the new features catch your interest, you can even install the first Android 12 public beta.

This article will tell you about all the new features we came to know of Android version 12. Keep reading to learn about the exciting stuff related to the latest version of Android.

On a basic level, Google hasn’t completely given all the information about the latest Android. We only know that it contains several significant new features, particularly in terms of design and security. Here’s a high-level summary of some of the new features coming in Android 12 coming later this year.

By just looking at the massive new clock on the Android 12 lock screen reveals that things have changed in terms of style. Material U is a new overall design paradigm that Google has applied. Almost all of the typical buttons, controls, and notifications have gone larger and bubblier in terms of appearance. The volume slider is a perfect example. In comparison to Android 11’s slim design, it appears to be somewhat large in size. The same can be said for the quick settings, which have been moved to large buttons instead of smaller tiles. 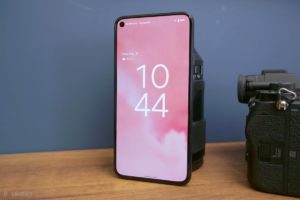 Holding down the power button, on the other hand, will just call Google Assistant, allowing you to communicate with it by voice. It can be pretty valuable if you want to switch from an iPhone to the latest Android since iPhone also contains the same features as Siri coming up when holding the power button.

The contest for improved smoothness has been proliferating since manufacturers began pushing more excellent refresh rates on phone screens. While a quicker refreshing screen might help navigate an operating system more smoothly, it only works if the device has enough processing capacity to complete the tasks. 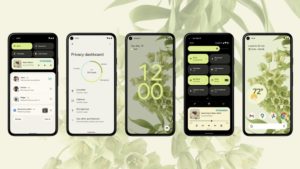 Google claims that with Android 12, the amount of resources consumed by core system functions has been considerably decreased, resulting in fewer resource constraints and smoother action on screen. Even if you don’t notice flutter and slowness daily, if Google’s plan works out, you’ll see when they’re gone. Overall, everything should feel crisp.

For an android 12 smartphone, indicators will come up at the top right corner whenever an external application is accessing your location, microphone, contacts, or camera. While the privacy indicator is helpful for monitoring privacy in real-time, a new security panel lets users check whether applications have used the camera, microphone, or location in the past.

In terms of location data, Android 12 introduces a new Approximate Location feature that allows apps to get a general notion of where you are without pinpointing you to a precise GPS spot. You may access basic neighborhood information without giving up specific information about your location in this way.

Keeping your data secured in these days of security breaches

August 16, 2021 admin General, How to...?, Tech Comments Off on Keeping your data secured in these days of security breaches

Keeping your data secured in these days of security breaches It seems like there isn’t a week that goes by without some sort of data breach or information leak-making news. With so much contemporary life […]

Updating your phone – An essentiality

May 6, 2021 admin Tech Comments Off on Updating your phone – An essentiality

Everything has its prime time in this world. So does our new gadgets as well. But as time passes, they become old along with their firmware. Manufacturers release patches often to keep systems running smoothly. […]

Do you know about Android’s hidden special features?

May 29, 2021 admin Tech Comments Off on Do you know about Android’s hidden special features?

Perhaps you believe you know your way around your Android phone’s Settings interface. However, if you’re an extensive user, you might not be aware of the Developer options menu, which allows you access to various features. […]