There is nothing like having a larger laptop screen to work on. More space on your computer screen means more room to spread out your spreadsheet, watch a movie in the background, check various social media feeds, compare two websites, and much more.

You might set up a different display monitor to get this facility, but creating a virtual workspace is a more cost-effective option. It’s a different tab that you can access with a single keystroke. Built-in tools in Windows, macOS, and Chrome OS allow you to set up multiple virtual desktops on a single physical display.

Need of a virtual desktop

Virtual desktops allow you to divide and spread out your open programs in the same way as a real second screen does. However, since you’re only using a single physical display, you can only see one screen at a time. This suggests that, rather than opening several windows side by side, a virtual workspace is better for separating and arranging specific programs.

You might, for example, set aside one desktop for work and another for leisure. Your work screen might have your mailbox and word processor, while your recreation screen might have the streaming videos and social media applications you don’t want to turn off. You could divide your work through several screens, one for each active project, so you can set up several virtual desktops. In one virtual screen, you can plan for a major presentation while filling out a report on another.

This technology can also be used for a less noble, though still useful, purpose that is hiding your web surfing activities from watchful eyes. Place certain windows on a different desktop that you usually keep shielded from view if you want to do some personal analysis while at work. You will press a key to turn from a private company to a boring work screen as the boss comes by. Alternatively, if you want to browse for a surprise present, storing such searches on a separate virtual desktop allows you to conceal your plans in a matter of seconds.

The versatility of virtual desktops is one of their most appealing features. In reality, you may not realize your virtual desktop’s full capacity until you’ve been using it for a while. Spend some time with different displays and you’ll come up with your ideas about how to use this technology.

Setting up a virtual desktop

Microsoft’s Windows application has a feature called multiple desktops. These are the same displays that we’ve been talking about for virtual desktops. Task View, a device that lets you see and arrange all open desktops, is where you monitor these backup screens. To get there, go to the taskbar and press the Task View button, which is located just to the right of the search box, or use the Windows+Tab keyboard shortcut. 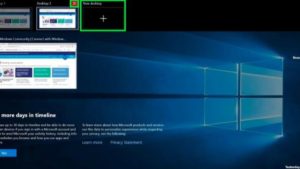 To create a new computer, go to Task View and select New desktop. Another keyboard shortcut, Windows+Ctrl+D, can be used to build a new desktop. You can build as many screens as you like with Microsoft.

Digital desktops have been available on your Mac for longer than they have been on your Windows laptop. Apple has also coined the word “multiple spaces” to describe the function. To get across these areas, use the keyboard shortcuts F3 or Ctrl+Up, or open Mission Control from Launchpad or the Finder’s Applications window. 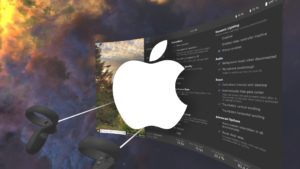 By pressing the big + button in the top right corner once you’ve arrived at Mission Control, you can build up to 16 virtual desktops. Each desktop will appear at the top of the page as a thumbnail. By default, the multiple spaces on macOS appear the same as the multiple desktops on Windows. From all of them, you can use the same menu bar and Dock.

Backing up your PC’s data

You probably don’t want to waste hours backing up your files and data as you sit down at the machine. It might not be as exciting as watching a movie or scrolling through social media, […]

Turning your PC on and off automatically

May 16, 2021 admin Tech Comments Off on Turning your PC on and off automatically

Perhaps you’re accustomed to turning on your machine with the power button every day and turning it off with a few clicks every evening or maybe you simply keep it on all the time. However, there […]