If you want to know about the all-new exciting tech coming up in the year, do watch the highlights of the Consumer Electronics Show that took place for the cool and exciting new gadgets that will be coming up in 2021. However, there were several notable clear winners among laptops, the majority of which were powered by AMD and Intel’s latest semiconductor technology. In this article, we will tell you some of the most significant new announcements, as well as several individual laptops that stood out from the crowd.

Also termed as ‘Tiger Lake’, these are Intel’s core generation’s 11th series. These are designed specifically for powerful laptops. More practical variants are usually powered by the older U-series CPUs. When contrasted to GPU advancement, this is a more conventional power leap, but the new 11th-gen processors could deliver some noticeable speed improvements. At the top of the list, there are three new versions: A Core i5, a Core i7, and a Core i7 special edition.

All of the editions use Intel’s turbo boost technology to further enhance the efficiency while running games. in detail, this technology boosts the performance of a core individually rather than as a whole to increase the overall performance of your CPU. This works pretty well if you are an extensive gamer.

Acer’s most fascinating announcement came in the shape of its aluminum-clad convertible Chromebook. It was also one of the highlights of the Consumer Electronics Show. The laptop has a mid-range AMD Ryzen 3000 C-series processor that provides it a high-quality performance. 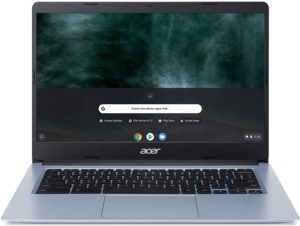 Previous versions had mediocre integrated graphics, but the Ryzen gear has Radeon graphics built straight into the chip, which should result in a significant boost in GPU performance during gaming and video editing.

Microsoft’s Surface Pro 7+ is designed for business and has laptop-grade Tiger Lake CPUs, so it will be a fairly powerful machine. The replaceable boot drive SSD, on the other hand, has to be the best feature. If customers are concerned that their laptops may be stolen, the primary drive can be removed from the machine and stored more safely. 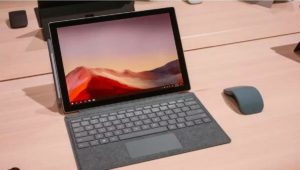 In this way, if the machine is stolen from you, the data will be with you and the thief will have no data to check. Furthermore, in the event that their old hardware fails, users can swap the drive into a new machine and get back to work.

The cards feature ray tracing, a graphics method that was originally largely employed by special effects firms. Ray tracing, on the other hand, has been making its way into PC gaming since 2018, and it was introduced to consoles in 2019. Nvidia boasts that even the entry-level RTX 3060 has more power than the PS5 or its own prior flagship card, the 2080 Super. Whether the claim is true, the laptops carrying the GPU have to be thoroughly tested by the users.

The new cards’ increased power corresponds to improved gaming performance. The RTX 3080, at the top of the series, promises to be capable of 100 frames per second at 1440p resolution, which is amazing even for the desktop. Since the gaming experience is greatly enhanced with the usage of these cards in laptops, you can expect that these cards will come with a huge price tag as well.

Thus, these were some of the highlight of the consumer electronic show. With the gadgets on display in the show, we can assume exciting times ahead in the field of technology, especially laptops and gaming.

Tech-Rentals: The Change and Future of Technology Renting

July 31, 2020 admin Tech, Culture, General Comments Off on Tech-Rentals: The Change and Future of Technology Renting

Tech-Rentals: The Change and Future of Technology Renting Technology Renting: What it‘s all about In today’s digital climate, it’s becoming rarer and rarer to see houses around the world without digital and smart technology. With […]

Keeping your data secured in these days of security breaches

August 16, 2021 admin General, How to...?, Tech Comments Off on Keeping your data secured in these days of security breaches

Keeping your data secured in these days of security breaches It seems like there isn’t a week that goes by without some sort of data breach or information leak-making news. With so much contemporary life […]