In general, you should try to maintain your devices and programs as up-to-date as possible. The persistent notifications and popup reminders to constantly update the applications are inconvenient and become a pain in the head, and having to stop what you’re doing to install a software patch is unpleasant, but it’s a necessary step if you want to attain true online security and privacy.

The companies provide updated patches for the primary reason of enhancing the security and features. Thus, updating must be an essential part of your responsibilities. In this article, we will tell you why you should update your browsers especially Safari and Chrome since they have become troublesome lately.

Apple and Google have both released critical security updates in the last few days. They’ve urged users to keep their hardware and software up to date to avoid security issues that the patches can easily fix.

In February, the Chrome browser suffered at least three security problems. The first problem only affects users who have installed The Great Suspender, a popular extension that hides tabs that would otherwise consume a lot of computer resources if kept open in the background.

Apart from that, sources from Google tell us that they have experienced a vulnerability in their system recently which can pave the way for any possible cyberattacks. It is not a piece of good news for the users and that is why Google is issuing security patches for their browser. This is the primary reason that you should update your browser as soon as possible to avoid any risk of cybercrime.

The most recent vulnerability took the use of Google’s sync feature, which synchronizes a person’s Chrome browsing experience across desktop and mobile devices to breach the firewall protection. By allowing malicious extensions to sync from the mobile version of Chrome, the hack allowed malicious extensions to be installed on a PC.

It is imperative that you know how to update your browser. For your convenience, we are giving you a brief guide below on how to update your Chrome browser. Click the three vertical dots in the upper right corner of your screen, then select the Update Google Chrome option. It will only appear if you aren’t using the most recent version of the software. The software must be restarted after it has been updated. When you press the relaunch button, the browser will restart and open the same windows as before.

Apple is secretive when it comes to security vulnerabilities involving its software platforms, and this was no exception. At the start of the year in January, Apple told its users to update their browsers as soon as possible to counter any malicious intent. The issues impact WebKit, the core foundation for Apple’s Safari web browser, as well as the Kernel, which is vital to the program as a whole, according to the firm.

It is in the policy of Apple that they do not reveal much about the possible vulnerabilities of the system or the possible errors which may have occurred. Thus, it is important to understand the policy and accept their request of updating the browsers as quickly as possible. 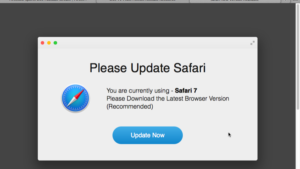 To update the Apple browser, you have two options. You can either do it manually or check the auto-update button. Automatically updating is as straightforward as the name suggests. However, if you want to update manually, you can go to Setting > General > System Updates. If you have an update that has to be installed, you’ll see a red number next to that choice. It’s always a good idea to back up your smartphone before installing an update. Also, because the updates might be huge, you’ll want to be connected to Wi-Fi for a better experience.