3 Apps that help fight Addiction. Addiction – a word from which the world is getting more familiar with over the span of time. People part their habits as healthy and unhealthy addictions. The ones becoming a reason for bringing them closer to reality are mostly referred to as healthy ones, whilst on the contrary, the misguided habits are counted under unhealthy addictions. These later habits are taking humans away farther from reality and surroundings which are unluckily way too greater in proportion in our society today. The population is increasing, but we as a society are dilapidating on the graph because of lesser awaken and disconnected souls.

The truth of addiction

Anything or habit that is harming your sanity of existence is called addiction. Every habit that is upgrading from occasional to regular will eventually become an unconscious addiction. You may not be feeling the urge to control the usage, or you may think that things are under your control. But, trust me! if it is burgeoning today, then you won’t be able to part yourself with that substance later down the lane on your own. Take time to gauge yourself today for a productive, protective and proactive tomorrow.

More than one in seven people in the world scuffle with substance abuse (except alcohol) which is around 0.9 percent globally. Unfortunately, the proportions of addicts have a relentless increase in the graph in the past years.

For years, a key treatment of breaking addiction involved one-on-one meetings and psychiatric sessions. And to no wonder, these sessions have embarked milestones in bringing addicts back to a sober and a free fresher life with minimizing the symptoms of depression in them.

It is great for those people who can afford time and money to get these private sessions for them. Not everyone can manage to have it; either because of the psychological spurn that they’re perpetually absorbed or because they are uncomfortable talking about it with anyone. Somehow both perspectives are totally human; no one is complacent in sharing their darker side or rough edges easily. It takes courage and a concrete wall of trust to open up on a personal level.

To cut short the gap, different forums of world health organizations have joined hands with social media to reinforce awareness, prevention, and treatment of addictions.  Apps and other social media platforms are greatly playing their part to open up an entirely new universe by helping people to quit servitude.

The following 3 apps that help fight addiction are examples and intended to supplement one-on-one meetings and are readily available for the addict to remain decent for a longer period.  These apps are developed by those specializing in addiction treatment and use proven therapeutic techniques like “Cognitive Behavioral Therapy (CBT)” or “Acceptance & Commitment Therapy (ACT)” which strengthens mindfulness and spread cognizance via the user’s pocket device.

These apps are multi-functional in nature, they ensure that the user remains on a decent track and offering him better life opportunities in measured intervals if he continues on the addiction path. Let’s discuss multiple quitting apps that are helping people around the globe to stay sober. 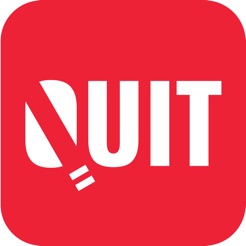 While reviewing this app, I came across to know that it begins with a motivation; installation of this app isn’t your beginning to quit rather it means you’re already on the train and half path is done. This feeling itself is highly motivating and calming that you’re not left with much work.  Additionally, the app works on facts of behavioral psychology; it ensures that the user stays on course using commitment devices and prevents a relapse before overindulgence even occurs.

The Quit Smoking App v2 imposes a penalty on the user on every cigarette they puff over their daily target and donate that amount in charity. You’re asked to set a target of the day and remain steadfast on your resolve that you won’t cross the limit each day. It does not only make you conscious about your cigarettes a day but supercharges your willpower that if you can achieve this target you can cut your addiction down too – a win-win move.

It has a feature of public shame which you can use if you keep on smoking. One tweet and your conduct would be on a stake publicly. If the penalty doesn’t help in disciplining you then this social standing tool definitely will take power to keep your progress on track.

It is like a mother who wants to see you grow well with immense care and love. She pushes you to success, catches when you fall and backs you up to try again and never gives up on making you a remarkable human on the face of this globe. It keeps on posting good habits that you should adopt and will benefit you in the long run. And it doesn’t leave you unattended to procrastinate about your regime; it rather stands there with you as a partner to make you good – even about the little you do.

No doubt, The Quit Smoking App v2 acts as a clenched fist to keep you on track of health, goodness, freedom, and relief.

There is nothing more isolating and yet so universal than depression and anxiety. It can almost feel that you’re drowning and there is no switch to release and rescue to come out. Though there are people to help you at times it feels so deliberating to open up your emotions in front of anyone.

I was going through the App-store to figure out if there are any anti-depressant apps to help people rehabilitate. I found an app there called “NotOK”, it has a main button of ‘NotOK’ and tapping it automatically sends a message from you which says “Hey, I am not OK. Please call me, text me or come find me.”  This message is sent along with the link of your current location with the help of GPS to make it easier for “notOK” to track you and help you when in distress.

This app is cool in building a more conscious and considerate community that is always ready to find, help and build stronger minds and souls around the world. Among the most staggering of all addictions, Smartphone itself is a culprit. We’re extremely hooked up to notifications and loop checking to our phones, apps, and networks than any other thing else in our day and nighttime.

SIEMPO helps users to be less addictive and becomes productive in real life than in smartphones. The app groups all the apps into more and less active categories. The apps home screen will become your phone’s home screen. It is simpler, accurate and less demanding than usual desktop which will repulse your inclination of checking it over and over again. Your notifications will scintillate for major and important apps and you won’t be frequently bothered by lesser-used apps. This way you’ll get more time to connect with your being and family you live with. You will feel lesser chaos in your mind which was flashing before by the virtual world.

I hope this blog and apps reviews help you in quitting addictions and regaining your balance in life. Obviously, these apps are highly utilitarian and are gaining fame as people want to remove their stress of addictions. Mostly, people get into substance/smoking/drug accustomed because of a social lag. No doubt, you can make them even worse if you leave them behind on their own to grow in their addiction.

Remember that human connection is above any connections ever nurtured. It is our duty to invest time and show affection for people who deserve our attention rather than taking them for granted in our lives. If we, as a society, take responsibility for helping around; we‘ll definitely build stronger and well-aligned individuals who can serve a purpose in the world just by being in it.

3 Apps That Help Fight Addiction is brought to you by TechSpade.com – Digging into Tech.